At Los Angeles Pacific University, those who learn together form the fabric of our Christ-centered university community.

Shared values, mutual respect, and hospitality are cherished attributes that each member helps build and works hard to safeguard. We do not take this responsibility lightly and remain grateful to be part of the educational plurality of the great state of California. Faith integration, student care, service, diversity, and religious expression combine to form the essence of our mission-driven community. 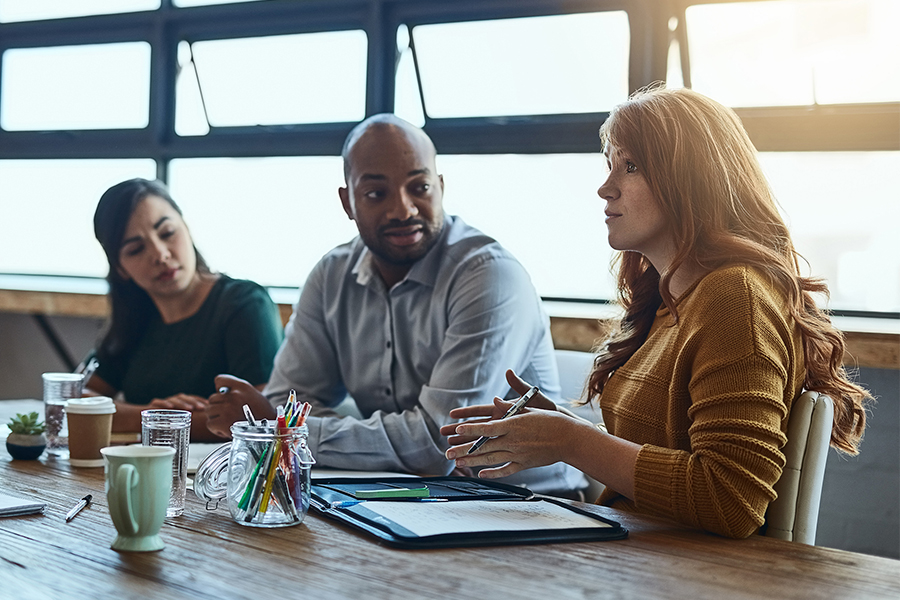 Commitment to Faith, Life, and Learning

Los Angeles Pacific University teaches and serves from a Christian worldview through a holistic understanding and practice of promoting faith, life, and learning. We believe the entire LAPU community is called to contribute to cultivating hope through learning and we accomplish this through our core values of being Exemplary, Caring, and focused on Learning. We are committed to preparing individuals not only with the skills and attitudes to thrive in their community and workplace, but also to point the way to something bigger — to the ultimate hope that is in Jesus Christ.

As it relates to students, LAPU conceives the promotion of faith, life, and learning as engaging students in learning (through curriculum design, instruction, and student support) that reflects the Christian worldview of LAPU and culminates in the realization of hope in our students. As a result of this process (through their interactions and study at LAPU) our students will be able to:

Learn more about Faith, Life, and Learning at LAPU.

The precious freedom to express our religious tenets is recognized by the United States and California Constitutions. Other federal and state laws likewise support the opportunity for Los Angeles Pacific University and other religious higher education institutions to weave religious beliefs into all aspects of university life. For example, exemptions in Title IX (20 U.S.C. section 1681(a)(3)) and the California Equity in Higher Education Act (Cal. Ed. Code section 66271) support Los Angeles Pacific’s efforts to operate consistently with its religious tenets by maintaining faith-based standards of behaviors that all community members voluntarily agree to follow as a condition of living and learning in our community. These laws provide Los Angeles Pacific and other religious institutions with the discretion to thoughtfully make policies and build community expectations around our mission to advance the work of God in the world through academic excellence and to help students develop a Christian perspective on truth and life.

As an educational institution with a Wesleyan tradition at its core, it seems natural to us to embrace a statement of faith that is common among many Christian traditions.

As an evangelical Christian community of disciples and scholars, Los Angeles Pacific University approaches diversity from a biblical perspective, affirming that diversity is an expression of God’s image, love, and boundless creativity.

We believe that all people, without exception, bear the image of God (Genesis 1:27; 9:6; James 3:9). We also believe that, because sin has marred each individual, Christ, in His great love, chose to die on the cross for the sake of every person (I John 2:2; John 3:16) so that all may receive forgiveness for sin and be reconciled to God. Our pursuit of diversity involves fulfilling Christ’s command to love our neighbors as ourselves (Matthew 19:19; Mark 12:31, Luke 10:27). We support a diverse university across lines of race, ethnicity, culture, gender, socioeconomic status, class, age, and ability. In submitting to the Lordship of Christ we seek to eliminate attitudes of superiority and failure to fulfill Christ’s charge to reach all peoples. Therefore, we must submit to Christ and love one another as we appreciate individual uniqueness while pursuing the unity for which Jesus prayed (John 17:21).

As an evangelical community of disciples and scholars who embrace the historic Christian understanding of Scripture, Los Angeles Pacific University holds that sexuality is a gift from God and basic to human identity as well as a matter of behavioral expression. We hold that the full behavioral expression of sexuality is to take place within the context of a marriage covenant between a man and a woman and that individuals remain celibate outside of the bond of marriage. Therefore, we seek to cultivate a community in which sexuality is embraced as God-given and good and where biblical standards of sexual behavior are upheld.

Foundational principles from the Bible on human sexual relationships are as follows:

As an evangelical Christian community of disciples and scholars, Los Angeles Pacific University seeks to model Christ-like behavior regarding the responsible and legal use of alcohol. We seek to cultivate a community in which members exercise freedom, responsibility, and discretion in responsiveness to the Holy Spirit. This is demonstrated by all members of the Board of Trustees, administration, faculty, and staff aligning their actions and behaviors with university policies on alcohol. This identity statement reflects our commitment to creating a God-honoring environment that is safe and healthy for all community members.

In summary, the university acknowledges that biblical teaching, church history, and data showing the dangers of alcohol abuse provide sound foundations for clear community standards related to alcohol. Therefore, the university has established specific policies, which can be found in the employee handbook. Any deviation from these policies presents an opportunity for grace, repentance, and redemption in accordance with the university’s commitment to honor one another and glorify God.

Note: Scripture in the biblical foundations section on alcohol were adapted from the New American Standard Version. Expediency here prohibits a more thorough articulation of the way that biblical truth leads to these stated conclusions. Certainly, the Bible is to be read in context and handled accurately and responsibly. Thus, it is important to clarify from the beginning that citing the references throughout this document is meant not as proof-texting, but rather as an indicator that the theological grounding for the Los Angeles Pacific University Identity Statements is ultimately rooted in Scripture.

At Los Angeles Pacific University, we believe that all truth is God’s truth and that God has made it possible for humankind to access, discover, and understand truth. We also affirm that the knowledge of truth will always be incomplete and that people, including those with educational credentials, are fallible and may interpret data and ideas imperfectly.

Therefore, academic freedom from a Christ-centered perspective must be carried out with civility, mature judgment, and the awareness of the broad representation of Christian faith that exists within this institution. Accordingly, LAPU affirms its commitment to freedom of inquiry and expression in academic endeavors.

The university recognizes that academic freedom has historically been defined both by broadly accepted academic standards and by the mission and character of the institution in which it is practiced. LAPU seeks to maintain an academic community in which lecturers are free to engage in rigorous scholarly inquiry and expression within an intellectual context shaped by the evangelical Christian tradition. In addition to this freedom, LAPU seeks to pursue scholarly inquiry and expression in a way that extends and enriches the academic disciplines from the unique resources provided by the institution’s identity.

Thus, at LAPU, academic freedom is defined both by the commonly accepted standards of the academy and by those commitments articulated in the documents that are central to the university’s identity as a Christian university. These documents articulate the central commitments which shape the academic community, and thus the practice of academic freedom, at LAPU: a belief in God as the Creator of all things, in Jesus Christ as Savior and Lord, in the Holy Spirit as teacher and guide, in Scripture as God’s authoritative and infallible revelation, and in the Christian community as an expression and vehicle of God’s redemptive work in this world. The university follows these principles in its practice of academic freedom:

The online application is free and only takes a few minutes.

We'd love to hear from you. We're here to help.